Tackling a roofing project involves making the most critical decisions, sometimes under pressure. It’s this dynamic, however, that allows unscrupulous contractors to prey on unsuspecting homeowners. Whether you are having your roof repaired or replaced, it is important to protect yourself against shady roofers who are only in it for the money. It all starts with recognizing the most common roofing scams.

How Do Roofing Scams Work?

As you plan your roofing project, you’ll encounter several prospects who are willing to work with you. However, not all roofers are who they claim to be as some provide subpar workmanship just to make a quick profit. They would often appear in areas that were recently hit by severe weather and target unsuspecting but desperate homeowners who want their roofs fixed immediately. They also appear in places with a high percentage of seniors and old housing stock.

As a homeowner, you should never settle for less when it comes to your roofing system. We’ve listed some of the common roofing scams below so that you can identify them later when meeting with prospects:

Avoiding roofing scams starts with finding a reputable contractor for your needs. Apart from contact details, a physical address and proof of licensing and insurance, a reliable roofing company understands that it’s worth taking this major home improvement a few days to think over. They also don’t go roaming around following a storm in your area – if you need repair or replacement services, they’re just a phone call away.

Royal Roofing Construction has got you covered when it comes to quality residential roofing services. Reach us today by calling (714) 680-0015 or filling out our online request form. Our California service areas include Santa Ana, CA, and the rest of Orange County. 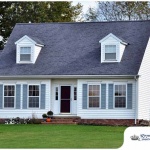 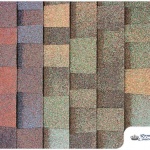